Many individuals enjoy spending the morning hours taking in the sounds of the birds singing and the sense of a fresh start. Local parks are frequent destinations for walkers and joggers of all ages, including two- and four-legged individuals. However, several walkers were taken aback by what they discovered in the park one morning, despite the fact that everyone seemed to love leaving the home and taking in the views and noises.

at Maryland’s Patterson Park, Baltimore. A white dog that had been chained to a tree was shivering and sitting close to it. A folded box, a pail of dog food, a bone, and a letter were all placed next to him. 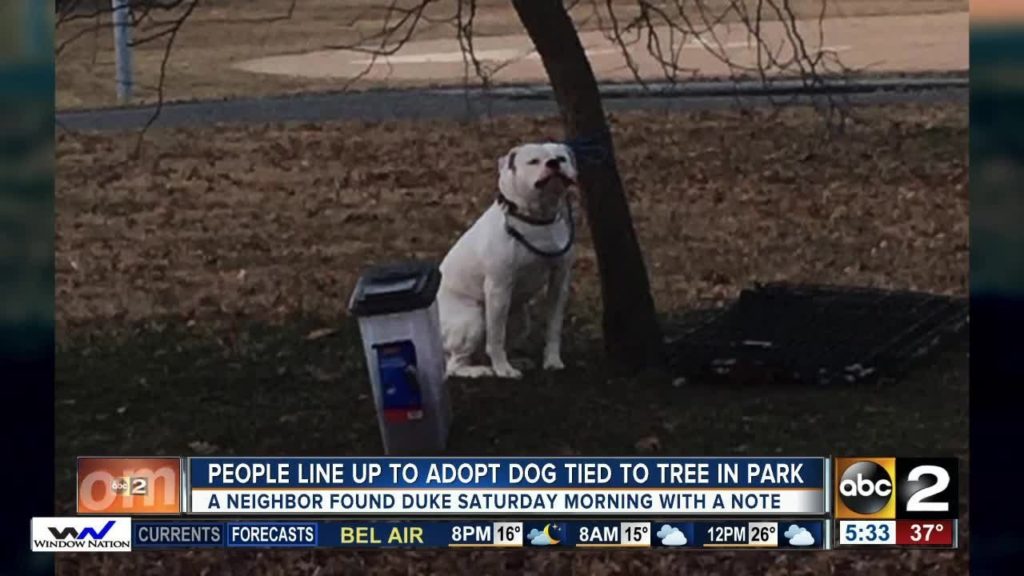 People started to assemble, carefully attempting to offer assistance and learn more about the situation.

The length of time the unfortunate dog and his possessions had been chained to the tree is unknown. Alone and exposed to the elements. 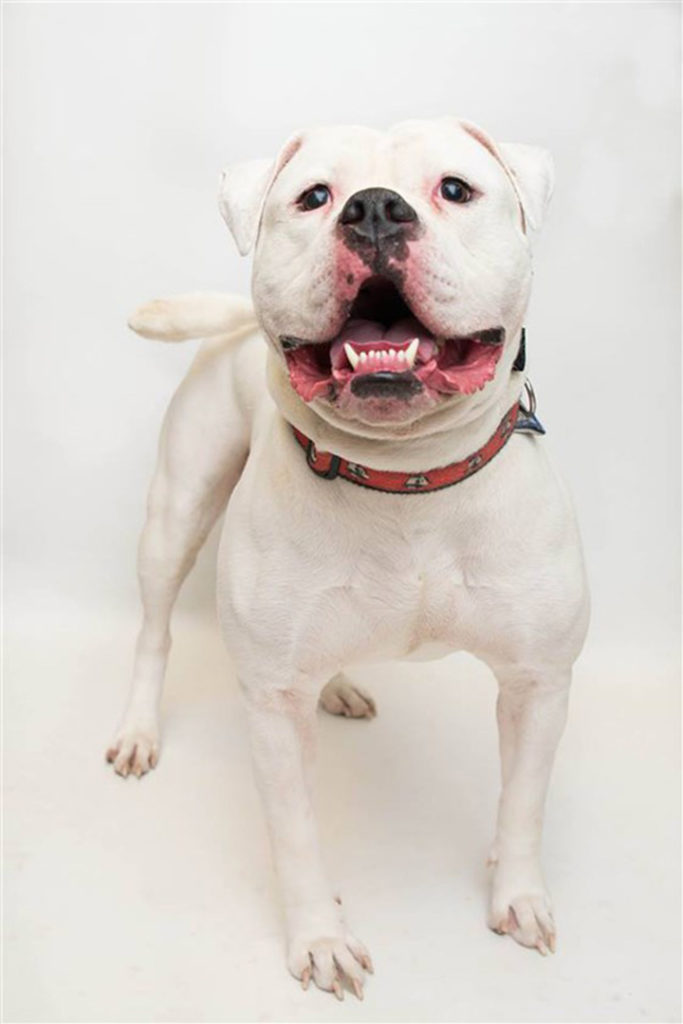 One of the women who initially observed it, Stephanie Dagenhart, said:

“He was shaking so hard from the cold, and I was sitting there so sad and chilly. I’m not going to forget it.

The lady alerted the authorities and then wrote on Facebook, claiming that she was “losing trust in mankind.” She said that she was trying to figure out how to get close to the dog and get it to safety “It is 18 degrees. In order to wait until they arrived, I dialed 911. He is too afraid to allow me to approach him. Does anyone know who he is? 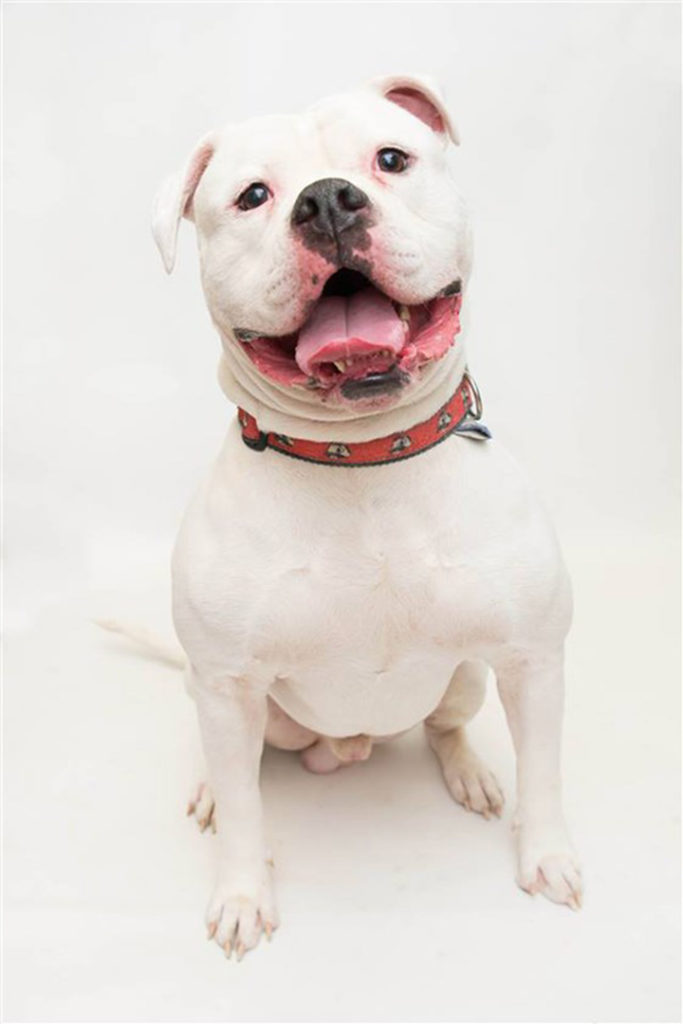 When her husband Keith bumped across Duke, another woman, Leslie Gray, learned about the canine. When she came upon the dejected little puppy, she was out walking her own dog.

They phoned 911, but if anybody knows Duke, please assist him! Leslie wrote about the lone white dog on the Patterson Park Facebook page, noting that he was “shaking and definitely a little terrified and maybe freezing.” 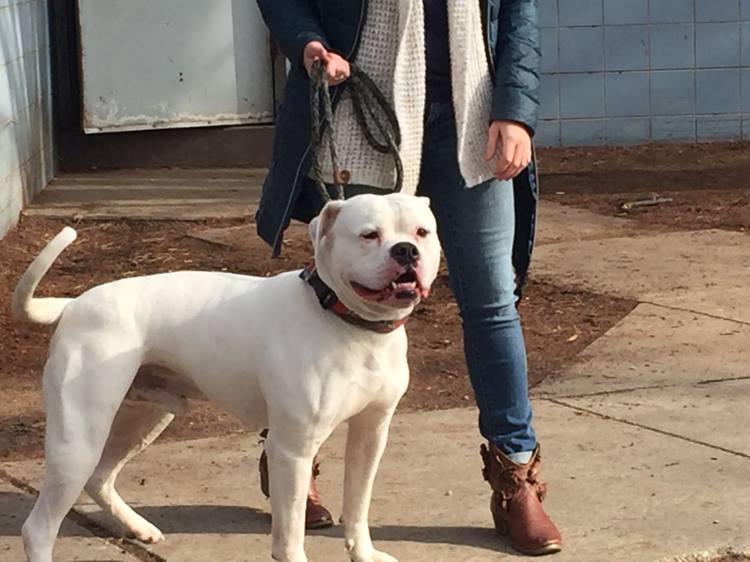 Finally, Duke was brought to the BARCS Animal Shelter.

There was a line of individuals waiting to adopt Duke as a result of media attention to his tale.

Fortunately for Duke, he was adopted by US Army Specialist Wallace White. 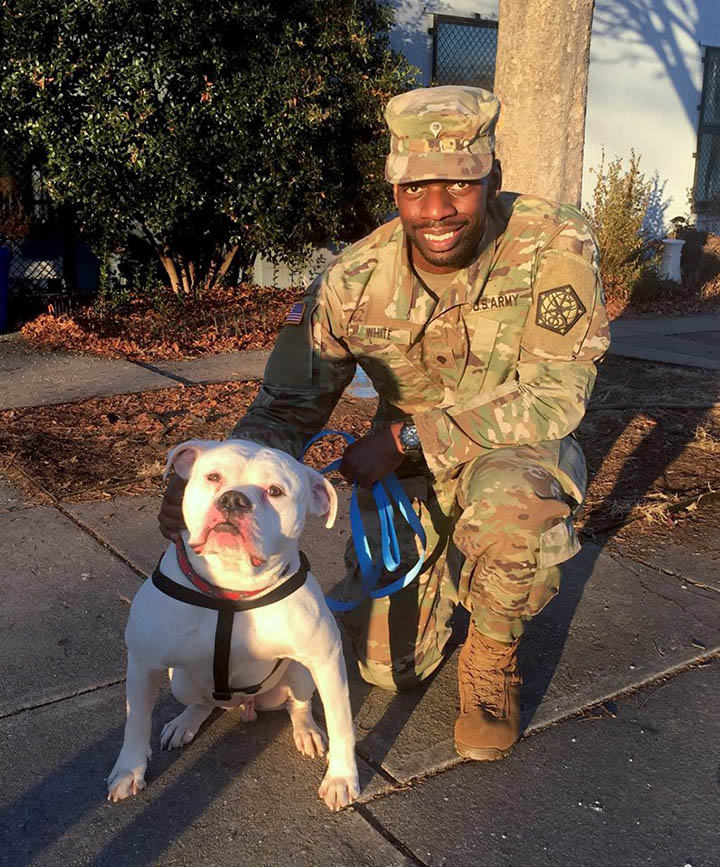