On Sunday, the emergency phone line at The Swan Sanctuary in England started ringing like crazy. Each call that came in was exactly the same — two swans had been spotted swimming around covered in neon pink paint, and everyone who saw them knew that they desperately needed help. 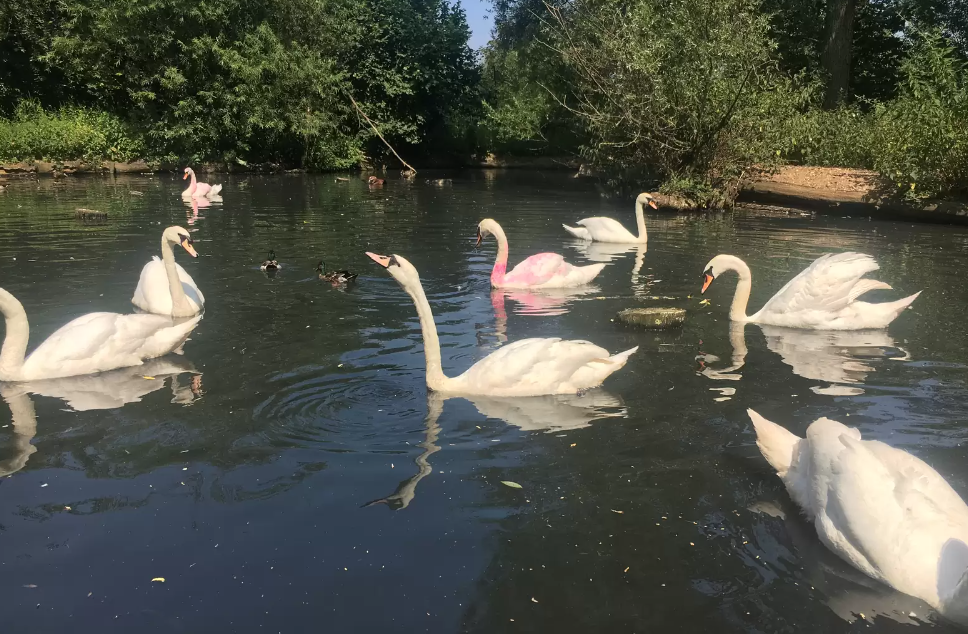 No one saw how the swans had come to be covered in the paint, but it’s likely someone purposely dumped it all over them.

“We dispatched our emergency team almost immediately,” Gemma Nelson, a staffer at The Swan Sanctuary, told The Dodo. “The swans look otherwise healthy apart for the fact that they were pink and the other swans were shunning them. It was decided that they would have to be brought to the sanctuary. If they had been left they could [have] attracted unwanted attention from predators, other swans, etc.”

Rescuers lured them over using some food, and were then able to safely catch them and transport them back to their sanctuary. After examining the swans, rescuers were dismayed to realize that the situation was a little more serious than they’d initially hoped. 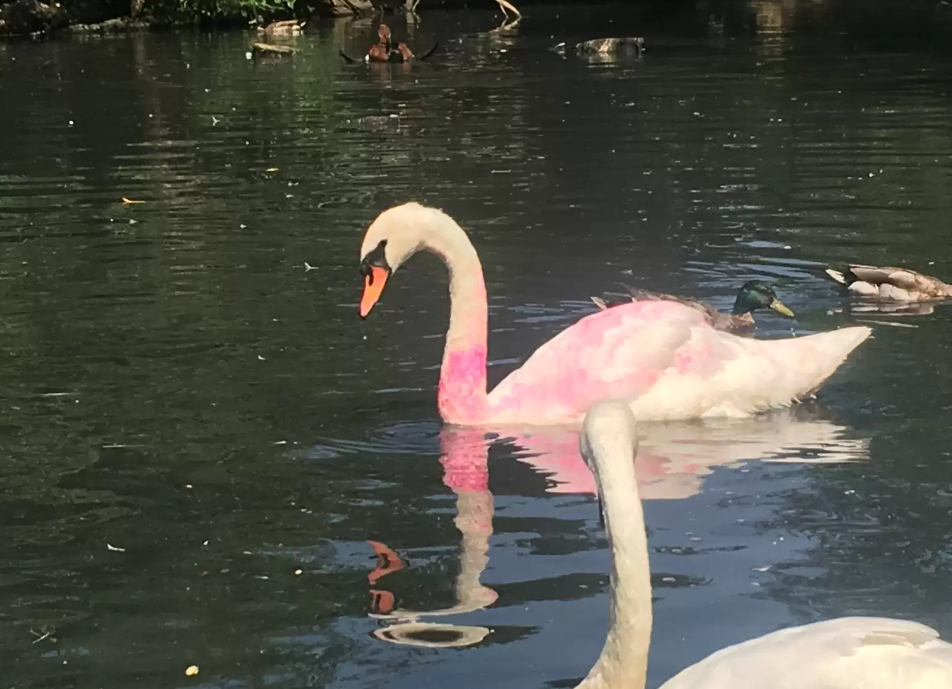 “These swans were post-molt, which means they have already shed their old feathers and molt only happens once a year,” Nelson said. “We tried our usual method of cleaning them, but unfortunately the feathers had been stained. We still are unsure as to what they had been covered in — it could be paint, food coloring or bait dye.” 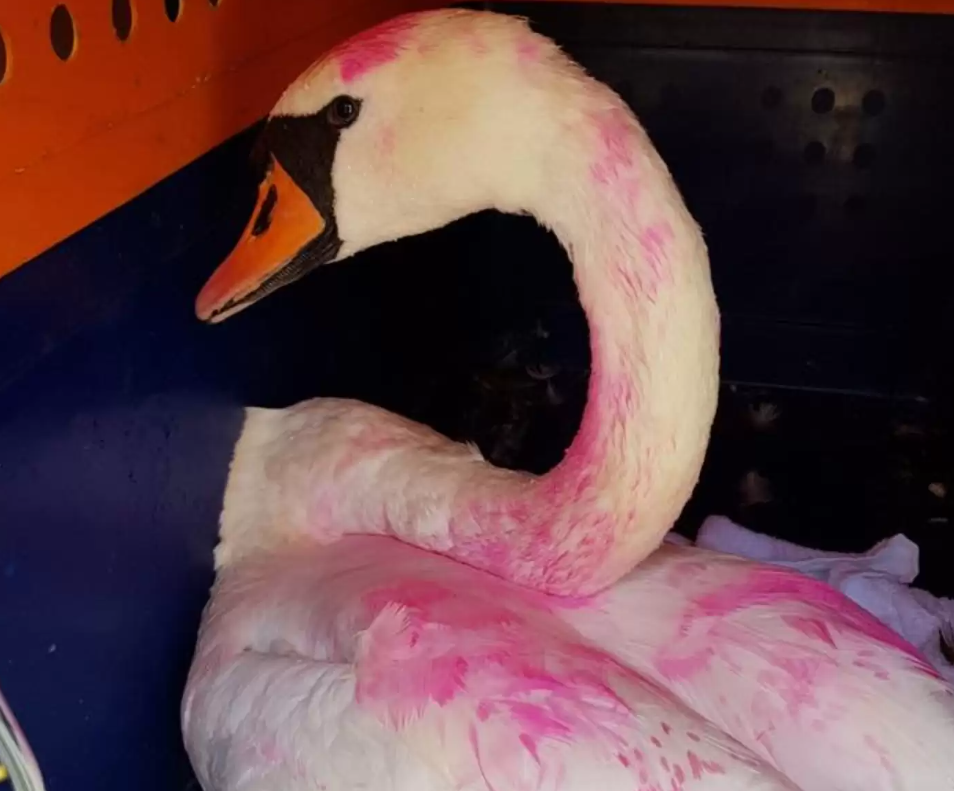 It will probably take some time before the color completely comes out of the swans’ feathers, and the sanctuary doesn’t feel comfortable releasing the swans back into the wild until they are entirely clean, for their safety. Both of the swans were transferred to the sanctuary’s outdoor pool yesterday where, so far, they seem to be doing well. Staff at the sanctuary are hopeful that the color will eventually go away, and the swans can finally return to their home.

“The [sun’s] UV rays seem to have begun lightening the stain, but they will not be able to return to the wild until the color is gone,” Nelson said. 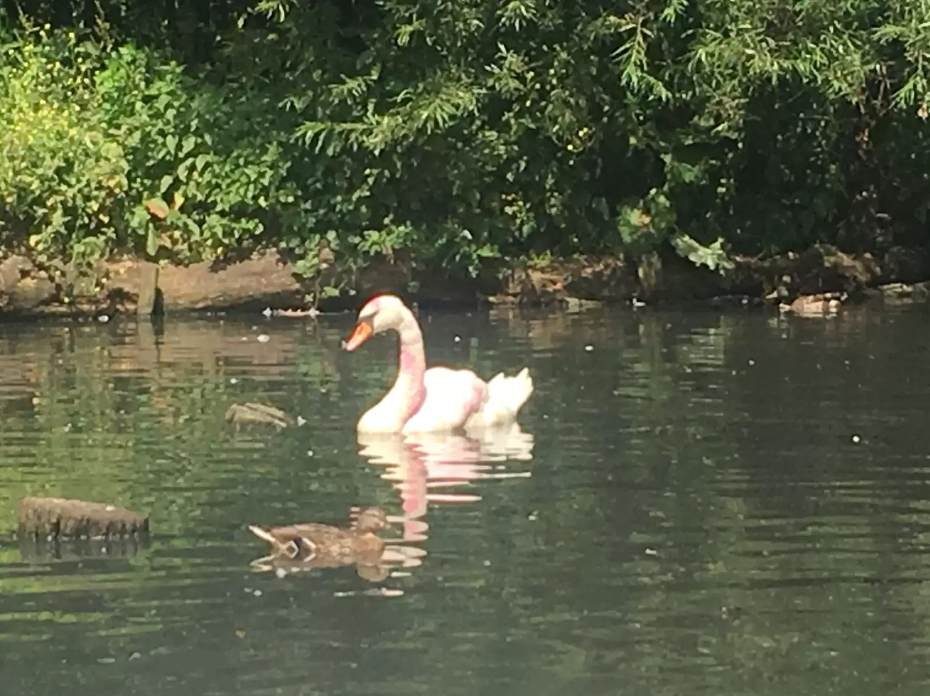